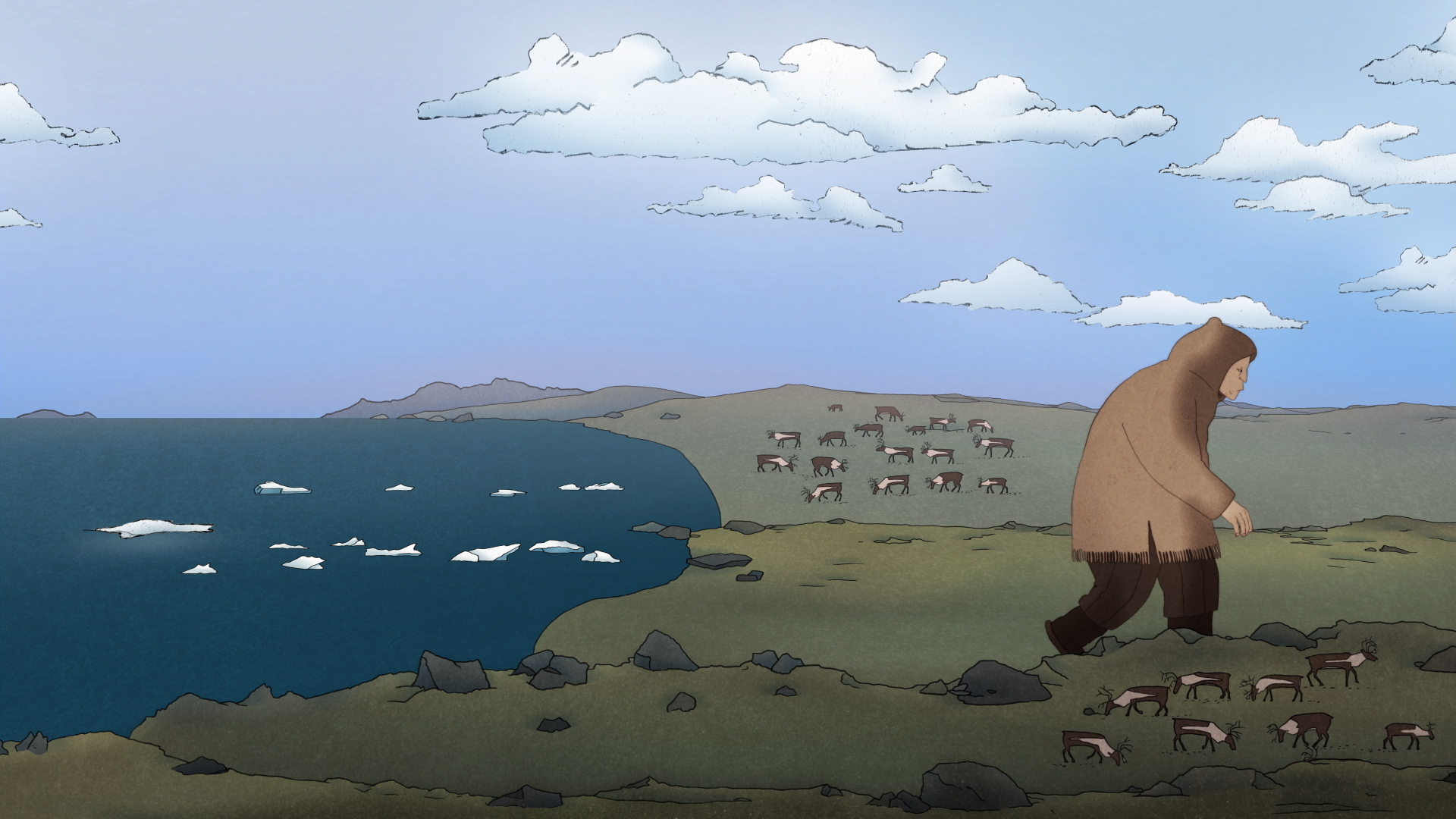 In this six-minute short, Inuit artist, storyteller and co-director Germaine Arnattaujuq (Arnaktauyok) depicts Inuit creation stories in all their glory. Arctic Song tells stories of how the land, sea and sky came to be in beautifully rendered animation. Telling traditional Inuit tales from the Iglulik region of Nunavut through song, the film revitalizes ancient knowledge and shares it with future generations.