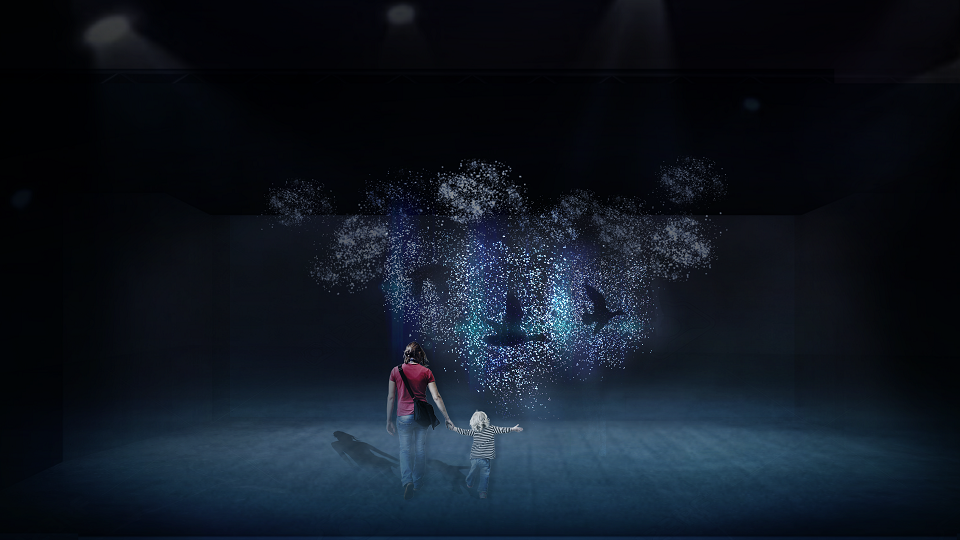 Migrations is an art installation that recounts the calamities experienced by the women, men, and children travelling northward migration corridors to reach almost mythical lands of refuge. A blend of graphical animation, sculptural design, technological craftsmanship, and fictional writing, the work strives to imbue this modern tragedy with a sensitive and utterly distinct poetic vision that is free from exploitative and opportunistic media frameworks. A free interpretation of Hans Christian Andersen’s tale The Ugly Duckling, Migrations recounts the voyage of a young swan forced to flee its village after its parents are murdered. Along the way it meets the smuggler Lucien and joins a strange venture in which the travellers, all rejected from the world, have only their own stories as baggage. Together, they embark on a desperate crossing of the sea.