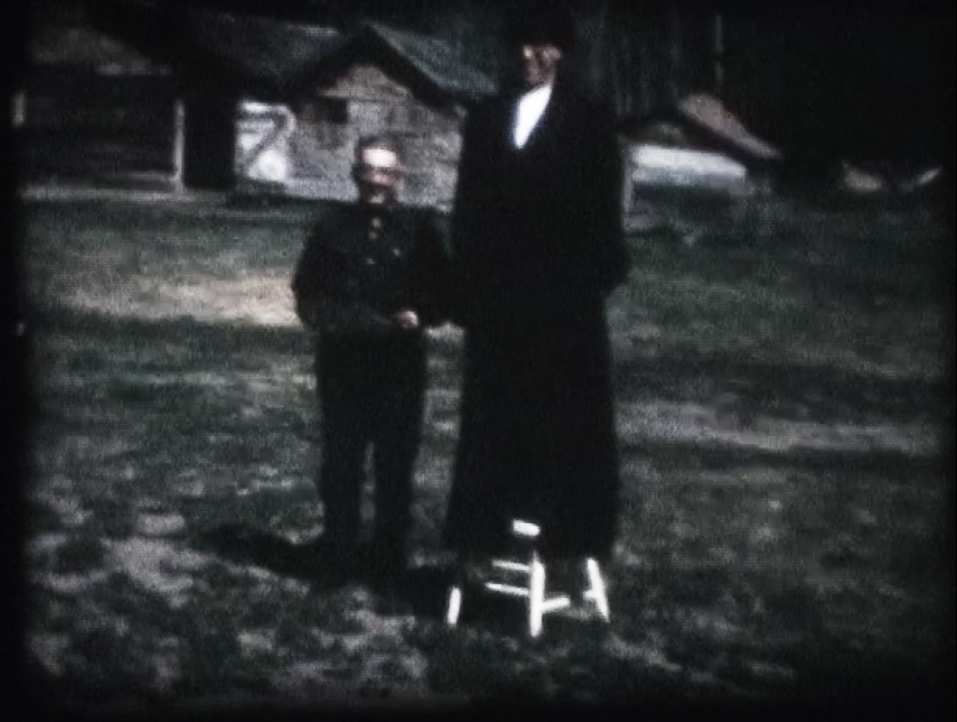 Édouard Beaupré, also known as the Willow Bunch Giant, was a spectacle, both in his life and in his death. Édouard’s story has been told by many, whether university researchers, novelists, artists or journalists, however it has never been told by a member of his family. This documentary will allow his community, which until now had little control over the public spectacle of Édouard’s life and death, to reclaim his story and his identity as a Michif man.

In the photo, one man is wearing Édouard’s huge coat and the other is holding his big shoe. (Image capture from an Alcide Short Super 8 film shot at Georgiana Beaupré and Joe Short’s home in Park Valley, SK. )