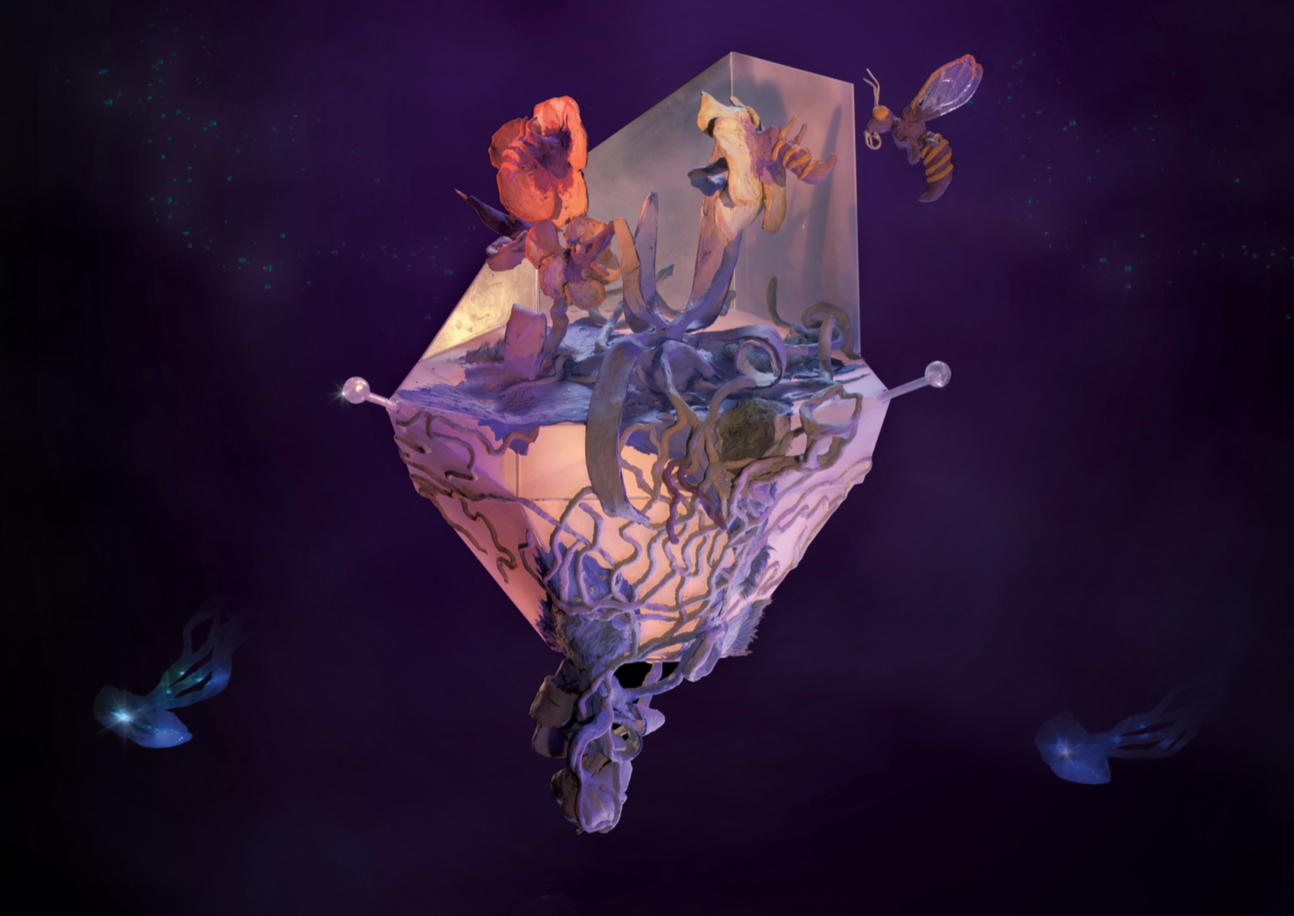 The Orchid and the Bee

Nature is wondrous and clever; as Darwin once said, those that have learned to collaborate and improvise most effectively have prevailed. There are species who under threat revert to earlier forms, others who cultivate parasitic relationships with neighbouring beings, and some who transform their bodies to mimic and seduce unsuspecting companions. The Orchid and the Bee is an expressionistic VR ode to the labyrinthine struggle for existence, as seen through a chain of genetic love affairs.