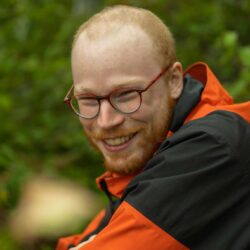 Louis Bodart received his bachelor’s degree in Fine Arts with a major in Film Animation at the Mel Hoppenheim School of Cinema in 2019. He graduated with his thesis film Teddy Bear Rescue, which was selected to screen at several festivals and won “Meilleur court Gaspésien” at Les Percéides in 2020. Louis directed two micro shorts for the Fantasia Film Festival in 2021 and was a finalist in the Sommets du cinéma d’animation 2020 Pitches Competition.