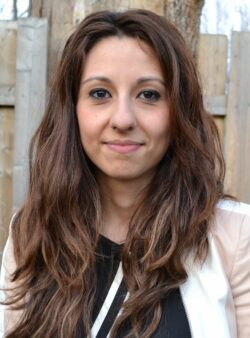 Maral Mohammadian is a producer at the renowned National Film Board of Canada’s Animation Studio in Montreal. Her award-winning films include Shannon Amen by Chris Dainty, Deyzangeroo by Ehsan Gharib and The Weatherman and the Shadowboxer by Randall Okita. She has recently worked with international talents Daniel Gray (Hide) and Marta Pajek (Impossible Figures and Other Stories I) as part of international co-productions. Maral has helped to develop some of Canada’s top rising talents through the NFB’s Hothouse apprenticeship program, which has spawned a series of one-minute hits. In addition to films, she has produced interactive projects with a distinct edge, such as Paloma Dawkins’ acclaimed VR work, Museum of Symmetry.